Board of Limited Jurisdiction

The purpose of Our Mother of Consolation Parish School Board of Limited Jurisdiction (BLJ), in collaboration with the Principal and Pastor, is to foster the highest possible standards of academic and Catholic religious education for all students. Board Members are:

Alexis Abate is the Director of Communications at Salus University since 2014. In her role at Salus, she is responsible for all University press events, community outreach, communication materials, including the University’s websites, social media accounts and comprehensive media and marketing campaigns.  Since 2017 she has been an adjunct professor in communication studies at Rowan University.  She earned a B.A. degree in mass media writing with a concentration in mass communication from La Salle University and holds a M.A.  degree from the New York Institute of Technology.  Alexis has served as a member of the La Salle University Alumni Association Board of Directors. She is a member of the Philadelphia Public Relations Association and has been a volunteer for several nonprofit organizations. 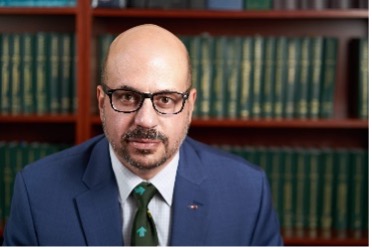 Peter Amuso is a partner at the law firm of Rudolph Clarke LLC, and proud OMC parent.  A member of the Jesuit Honor Society of Alpha Sigma Nu by way of Georgetown with a A.B. in Government and English, and an honors graduate of Harvard Law School with J.D. in law. Peter brings a personal commitment to Catholic education and a professional expertise in school law to the Board of Limited Jurisdiction. An active member of the parish, Peter coaches the CYO track team, and was the founding cubmaster of Pack 1855. He was recently awarded the St. John Neumann Emblem by the Archdiocesan Committee on Catholic Scouting

Kevin J. Bethel, Chief of School Safety for the School District of Philadelphia, is a retired Deputy Police Commissioner for the Philadelphia Police Department. Prior to his retirement in January 2016, Kevin commanded Patrol Operation’s for the entire city of Philadelphia.  He holds a M.A. degree in public safety from St. Joseph’s University and a B.S. degree in criminal justice from Chestnut Hill College. He is a member of the Chestnut Hill LIBRIS Society, an honor given to graduates of the College who distinguish themselves in their personal and professional lives, while exemplifying the College motto: Fides, Caritas, Scientia (Faith, Charity, Knowledge). Throughout his career, Kevin has done extensive work in the juvenile justice field, most notably his development of a School Diversion Program within the Philadelphia School System. He continues to serve on various committees and boards in the field of juvenile justice. Kevin previously served as a faculty member for the International Association of Chiefs of Police Juvenile Justice Leadership Institute, and a regular lecturer on school diversion and racial and ethnic disparities at Georgetown University.

Pat Cunningham was born and grew up in Mexico City.  In Mexico she attended bilingual school (Spanish/English) from 1st grade until graduating from secretarial school. While in Mexico, she worked for the International Department at the Universidad Iberoamericana.  She relocated to Philadelphia in 1970 and joined the Latin American studies program at St. Joseph’s University. In 1988 she began a 30-year career with the William Penn Charter School, first in the development office and then in the admissions office. Pat retired in 2018.  She has been a member of the OMC parish for 17 years and volunteers as a eucharistic minister and funeral sacristan 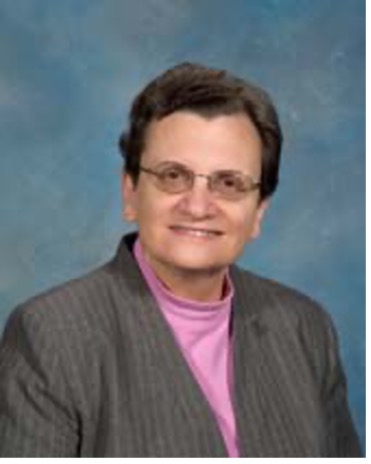 Madeline Franze, SSJ is a Sister of Saint Joseph having entered the congregation in 1967.   She received a B.S. degree from Chestnut Hill College in elementary education and a M.A. degree from Villanova University in educational administration. She holds certificates in fundraising from the University of Pennsylvania and human resources from LaSalle University.  Sister Madeline also holds the designation of Certified Fundraising Executive (CFRE) since 1994.  Her past professional experience includes 12 years as an elementary school teacher, 8 years as an elementary school principal, 15 years as Director of Development for Sisters of Saint Joseph and 18 years in her current role as a development consultant, working with religious communities of women and men throughout the United States, Ireland, and Jamaica.  She has been a member of the OMC parish since 1998. 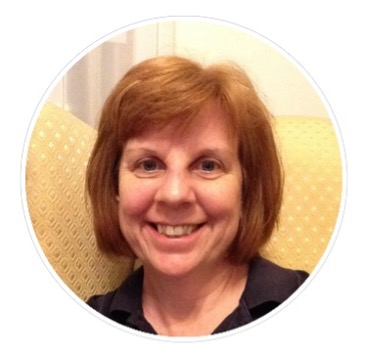 Marie Leahy, SSJ is a Sister of Saint Joseph who serves as the Chair of Education at Chestnut Hill College, where she oversees the teacher preparation program. Sister Marie earned a B.A. degree from Ursinus College with a double major in economics and philosophy & religion, a M.Ed. degree from Eastern University with a major in multicultural education, and an Ed.D. degree from Widener University in educational leadership K-12: curriculum, instruction, & staff development. She has been a Catholic school teacher for 25 years. 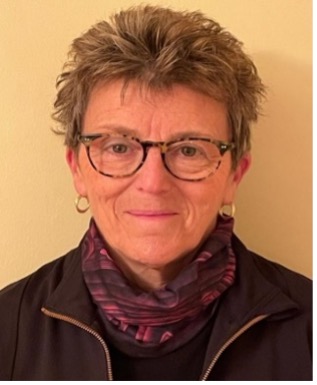 In addition to the above-Board Member the following are ex-officio members of the Board: 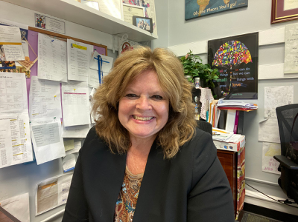 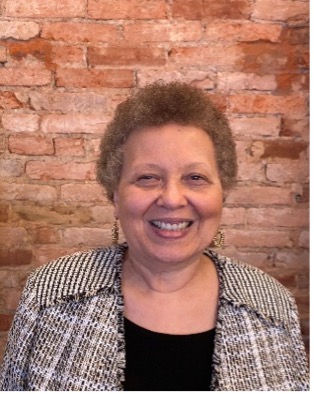 Mary Osirim is Professor of sociology at Bryn Mawr College.  She received her A.B. and Ph.D. degrees from Harvard University and a M.S in sociology from the London School of Economics.  At Bryn Mawr, she was the former Provost and Dean of Graduate Studies. Included among her previous board positions is service on the Middle States Commission on Higher Education, the Baldwin School and the African Studies Association. Her experience includes faculty and curricular development, finance, and diversity and inclusion. Mary attended Catholic schools in New York and has been a parishioner at OMC for over 30 years.

Eileen Wilkinson has served as a Catholic school teacher and administrator for over three decades. Her career was formed by her years as an elementary teacher in Philadelphia and Washington DC, during which time she completed a B.A in history at Chestnut Hill College and a M.A. in education from Villanova University. Eileen continued her career as a secondary social studies and religion teacher, where she taught pre-service teachers at Wilmington University. Currently, Eileen is pursuing a doctorate in educational leadership at Immaculata University, with a focus on staff development. She is a member of the Board of Trustees for the Delaware Law Related Education Center. Eileen recently concluded a five-year appointment as the Vice President of Student Affairs at Camden Catholic High School in order to return to full time teaching. Eileen is currently a member of the Social Studies department at St. Mark’s High School in Wilmington, DE.